IN GOD WE TRUST

Politics and Culture Without the Personalities 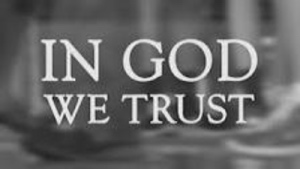 The 2016 political season was far bigger than the personalities that dominated the media. It was and is a time of transition and change on a grand scale like we've never seen before.
Our nation is pressing forward in this new direction, carrying with it a wealth of controversial issues and problems. Whether it's racial tension, freedom of religion, morality, or fitting somewhere on the spectrum of political correctness, we are witnesses to an uneasy point in our country's history. But while we are citizens of the United States of America, we are also citizens of the kingdom of God. How can we live in harmony with both identities?
In God We Trust won't tell you who your vote should have gone to. Instead, this series is an opportunity to view our cultural and political climate through the lens of the Bible. Discover God's outlook on the issues that inundate our country, and embrace your calling as an American subject of Christ.

As we head into a time of change in our country, how should the church discuss the upcoming election and current political climate? As we look into Mark 12, we learn how we can turn from the grip of fear for our country’s future toward the joy of faith in Christ.

It seems our government is in a state of continual change, so what does God say about the way that our nation runs itself? As we look into Romans 13, we learn that God has established the government as order for humanity and to promote good.

Is America a Christian nation? Through selected scriptures, we look at the biblical ideals that helped shape our government and how they affect us today.

In Debt We Trust

What does God say about debt? As our nation and citizens continue to develop a borrower lifestyle, it’s clear that it is detrimental for everyone today and for generations to come. But what can we do about it?

Free Speech in a PC World

What does free speech look like in America today? It is clear throughout the Bible that our words have a big impact, so how would we speak differently if we truly saw everyone as created in the image of God?

How should we view the current immigration situation in our Country? How can we unite the order and compassion that we see in God’s word, to help us all understand our duty for our country and the rest of the world?

How can we unify the United States when we are faced daily with the polarizing aspects of race and law enforcement? By modeling ourselves after Christ we can set aside the politics of race and see the lives of the people in our country.

Will Jesus Love our Next President?

Presidential candidates are polarizing individuals, but what does Jesus think about whoever wins the office? And how should we as Christians respond to the person that leads our country even when they may not be the person we voted for?

Healing Through Our Trust

Who can we really trust? Pastor Jerry Gillis shows us the characteristics of God which make him able to be trusted. But what keeps each of us from fully trusting in God?